Update: On October, 28th 2020 Angela Merkel and the Ministers of the Federal States in Germany agreed on further measures to prevent the spreading of Covid-19. From November, 2nd onwards the following applies:

Clubs, bars and restaurants will close. Only the pick-up of take-away food is allowed as well as delivery.

Maximum 10 people from 2 households can be together. All travel for touristic reasons is prohibited, work related travel needs to be proven. Hotels are not allowed to accomodate tourists.

Shops remain open, but with more restrictions concerning the amount of customers (10 sqm per customer).

Museums, theaters, operas, cinemas and brothels etc. need to shut down. Hairdressers remain open and so do physiotherapist’s practices. Any services that are not related to the health sector need to shut as well (massage salons, tattoo studios).

The plan is to shut everything down for November so people may visit their families in December for Christmas and to keep schools and kindergartens open so it’s less disruptive than the rules in spring this year. The measurements will be reevaluated in two weeks.

Seven hours later and what now? The ministers of Germany’s federal states and Chancellor Angela Merkel have sat together on Wednesday, October, 14th to establish common ground with the handling of the pandemic. In Germany, the government sets guidelines for the handling of the current pandemic and each Federal State has their right to interpret these guidelines and set their own rules. This has the disadvantage that rules vary from state to state and people are confused. Especially with fall breaks and possible plans to travel within Germany. If one aim of this Wednesday’s conference has been to find a more united approach to Corona rules, it has only been a partial success and Merkel made clear that she does not think the agreements found are sufficient.

If new infections increase to 50 cases per 100,000 people, the measurements agreed upon limit the attendants of events to 10 in both public and private gatherings. For private gatherings no more than two households may participate. The states of Rhineland-Pfalz, Hessen and North Rhine-Westphalia make that a serious recommendation only and not a general rule.

There is no agreement on the ban of accommodation. This has been discussed widely recently, especially with fall breaks in Germany. Many courts in Germany have put a halt to the ban of accommodation already. It is recommended to postpone all unnecessary travel until further notice. The ministers have agreed to discuss that again after the last State’s fall break are finished, around November 8th, 2020. Generally, one can note that the numbers are more specific now than they were this Spring, because testing has increased. 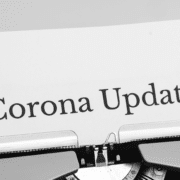 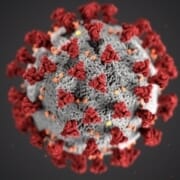 Coronavirus Covid-19 and the implications for visas and work permits
Brexit: No News?