Dusseldorf: The only German metropolis that has village “Dorf” in its name. But it is a city with  international flair and is directly on the shores of the river Rhine.

Our team offers highly competent advice, goal-oriented service, and information on relocation, settling-in and immigration of international employees and their families to companies as well as private individuals.

Established companies or young start-ups – our experts are by your side!

The catchment area of PROGEDO Düsseldorf includes the city itself and covers the area from Dortmund to Essen, Marl and Duisburg.

The capital of the state of North Rhine Westphalia is diversified and multifaceted and has many sights to see. On one level, it is an art city– from the academy of arts to museums and galleries, there are historic sights to discover as well. But it is also a fashion city – The shopping street Königsallee has an international reputation among shoppers.

The attractivity of the city with its low unemployment rate and appealing incomes has led to a shortage on the housing market. Our experts in place are aware of this and can handle the related challenges well thanks to the network we have been building for the past 25 years. Thus, we can find the right housing option for you. Be it an apartment to buy or to rent or a larger house in Dusseldorf’s suburbs: We help you to come out on top of your competitors.

Furnished or unfurnished apartment, small or big home- our relocation specialists will find the perfect home for you with their know-how.

Maps were disabled by the visitor on this site. Click to open the map in a new window.

Dusseldorf has close to 646.000 inhabitants and is the capital of the state of North Rhine Westphalia. It is the 7th biggest city in Germany. It is divided up into 10 districts which are not named, but numbered through from one to ten.

Further information can be found on

Dusseldorf combines tradition and modernity – The old town is the quarter where, for the last 350 years, people from all parts of society have come together for a beer or a coffee. The Medienhafen though, stands out because of its new buildings that excite any architecture-enthusiast. With its international flair, the charm of the river Rhine and attractive job opportunities, the city grows constantly. This leads to a shortage on the housing market though. Especially in the more central parts of the city like Oberkassel, the demand exceeds the offer. Our experienced and professional consultants are familiar with the local housing market though.

Be it for work or private reasons: Dusseldorf welcomes every addition to its city with open arms. And thanks to our professional service, you will feel perfectly accommodated.

The average rent in Dusseldorf is approximately 12.70€ per square meter and has increased significantly during the last couple of years.

More information can be found here 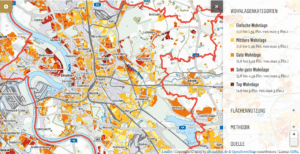 School system – The North Rhine Westphalian school system starts with elementary school (grades 1-4). Elementary school is determined by residential district and thus assigned by the city of Dusseldorf. After that, children continue with visiting secondary school: Either a secondary school (certificate of secondary education after 9th grade, general certificate of secondary education after 10th grade) or grammar school (diploma after 13th grade). Aside from state schools, Dusseldorf has multiple international and bilingual schools, where we advise our customers to apply early, because capacities are limited.

An application in private as well as public institutions is possible via the online tool kita-navigator. The city assigns day care options through this tool and there are clerical, public as well as private and bilingual day care centers in Dusseldorf and its surroundings. A legal claim for cost-free daycare in a public institution is possible from children aged 3 or older until their school entry. Then parents only need to cover the cost for meals in the respective institutions.

The skyline makes Dusseldorf especially attractive. Be it the high Rheintower or the reflection of the city lights at night in the river – Dusseldorf always makes for a perfect picture.

With 4.4 million tourists visiting yearly, Dusseldorf is one of the hot spots in Western Germany. This is also proven by the high number of commuters. Up to 250.000 people commute to Dusseldorf daily, making it the second highest commuter city in Germany and one of the favorite cities to work in.

Last but not least: Dusseldorf is open minded and multi-cultural – different nations enrich the economic and cultural life of the city. Through a vast number of events Dusseldorf presents itself as a dynamic and livable metropolis. 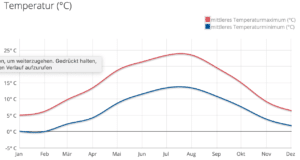 Additionally, to our professional support of home search, we provide you with services concerning daycare for your children, organizing your driver’s license transformation, and dealing with authorities.

We will gladly provide you with further information. Just send us a short message to duesseldorf@progedo.de, and we’ll get back to you immediately.

We are the first friend abroad.

And here is a special tip from us: Our friend Gary Hurskainen-Green wrote a wonderful e-book on Dusseldorf . You can download it here for free : E-Book Dusseldorf

Whether you reach out to us as a representative of a company or as a private individual – our PROGEDO relocation team in Dusseldorf will take care of all relocation relevant matters.

So companies can focus solely on their new employee’s onboarding or private individuals can get acquainted with their new surroundings and adapt more easily. We will take care of all aspects concerning your move.

PROGEDO relocation Dusseldorf is your first friend abroad and we look forward to supporting you with our services. 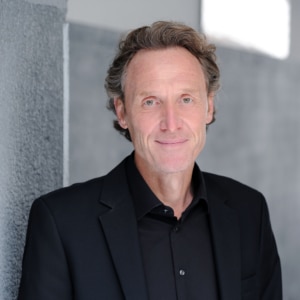 Before Frank founded PROGEDO relocation in 1995 and entered the relocation business, he worked for Deutsche Bank AG as part of a management trainee programme. From 1992 to 1995 he was responsible for the finances of a German division of Kraft General Foods (Philip Morris) as controller (authorised signatory) and member of the management board.

Frank Faggo is married and has two children. 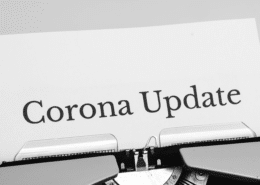 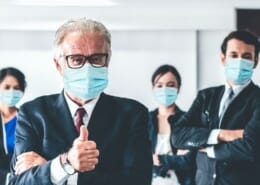 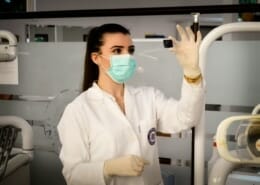 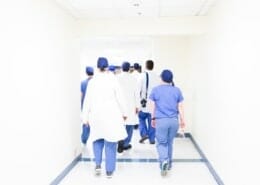 Our staff and we in the Dusseldorf PROGEDO office know all of Dusseldorf’s corners and its wonderful diversity.
Beyond the pure Immigration & Relocation business we would like to share our knowledge with you and inspire you for our hometown!

Even though Dusseldorf was only the fourth biggest city in North Rhine Westphalia, it was chosen as the state’s capital on July 20th, 1946. The reason: Dusseldorf was not as damaged from World War II as the neighboring city Cologne and other comparable cities in that area.

Right in the middle of the old town is the origin of Dusseldorf: The Dussel, a small river that gave the city its name.The other one is the big river Rhine that shapes the cityscape.

Every year in July, more than 4.5 million people visit the Dusseldorf fair. It is the biggest fair along the Rhine and is considered one of the biggest public festivals in Germany.

The Königsallee, shortened to Kö, is one of the leading luxury shopping miles in Europe. With a width of approximately 87 meters it is one of the broadest streets in Germany.

Dusseldorf’s old town has approximately 260 bars and restaurants. That is why it is also called the longest counter in the world.

The Rhine’s promenade in Dusseldorf is one of the best-known strolling miles in North Rhine Westphalia. It has won many prices one of them being the prestigious German urban development prize in 1998.

The castle Benrath is considered the most meaningful architectural synthesis of the arts in Dusseldorf and is in the south of the city. It was built from 1755-1773 under the leadership of Nicolas de Pigage on behalf of elector Karl Theodor of the Phalia who wanted a castle for the widow electress Elisabeth Auguste.

Dusseldorf has multiple harbours. The Rheinhafen, which is now called Medienhafen, has become a hotspot for various media and advertisement companies.

The 56th Eurovision song contest took place in Dusseldorf in 2011. Beyond that, the metropolis on the Rhineriver continuously offers a varied music programm for enthusiasts. Be it Kraftwerk or Die Toten Hosen, who are both rooted in the city, there are countless events all year through.

Right on the shore of the river Rhine is the landmark of Dusseldorf: The Rhinetower. The tenth highest tv-tower in Germany was built in 1982 and is 240 m high. It can be visited and one can enjoy a spectacular view of the city and its surroundings from a nice restaurant up in the tower.

Applying for a residence title in Dusseldorf

In Dusseldorf, the foreigner’s department in Willi-Becker-Allee 10, 40227 Dusseldorf is responsible for the application of electronic residence titles for foreign employees.

Of course, our professional immigration specialists provide our customers with all the necessary information so they can hand in their documents perfectly prepared at the foreigner’s department. Additionally, we accompany you or your employee to their respective appointment.

PROGEDO does not provide legal service according to section 2, subsection 1 of the German legal service law. If there is need for legal service we work together with independent, competent lawyers.

Finding an aprtment in Dusseldorf

Finding an apartment in Düsseldorf is, in comparison to Hamburg, Frankfurt or Munich, a smaller challenge. Dusseldorf offers a broad price range for renting an apartment and is a city that expands. But in the popular districts demand exceeds the offer significantly. The same goes more suburban areas that have risen to popularity with young families. There are usually much more interested people than apartments available. If they then do not speak German, it often seems impossible to come out on top of competitors.

Thanks to our know-how it is feasible though. With a little patience, flexibility, and good planning we always find a suitable apartment for our customers!

Dusseldorf has many districts with very different price categories. Currently, landlords consider one third of your income as a maximum rent payment. A positive SCHUFA-entry as well as a declaration of no rental debts are essential for their commitment.