PROGEDO Nuremberg supports relocations into the whole Franconia region. No matter whether Bayreuth, Bamberg, Würzburg, Ansbach, Amberg or Erlangen, with the Nuremberg Team of PROGEDO you’re always in good hands.

Nuremburg is Bavaria’s second-largest city. Its 500,000 inhabitants, meanwhile, see themselves not as Bavarians but Franconians, which is why the city is the cultural and economic capital of contemporary Franconia. In medieval times, Nuremburg used to be one of the biggest cities of the Holy Roman Empire: As the emperor’s residential town, it also was an important and wealthy trading venue.
Thinking of Nuremburg, most people think of its castle and Christmas market. Yet, the entire old town with its old dwellings, encircled by a five-kilometre-long town wall and the churches that make up much of the city’s silhouette are remarkable for the city’s character.

Nuremburg cannot expand; forests and rivers will not allow for it. The pressure increases, which has consequences for the housing market. Far too few flats are being completed while the city’s (future) residents urgently require additional living space. 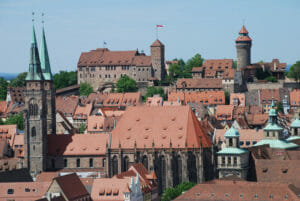 Request
Maps were disabled by the visitor on this site. Click to open the map in a new window.Click to load Google Maps

Our  Nuremberg Relocation Team, headed by Frank Faggo, can deliver world-class relocation services in a uniquely personal way. No matter whether accommodation search, visa formalities or integration of the family – our team in Franconia’s capital always puts people first.

PROGEDO is especially proud of it’s team of immigration specialists, which aids customer’s with their application of a residence title. Be it checking your degree in the database Anabin, support in requesting a pre-approval letter from the federal employment agency, obtaining a visa or information on the application for an electronic residence title at the responsible department, PROGEDO informs you quickly and competently. According to the German legal service law (section 2 subsection 1 RDG) we’re not authorized to provide any legal auditing. Should a legal service be necessary, we work together with professional, independent lawyers and refer you to those.

You can contact your PROGEDO relocation consultant via the contact form. They will be happy to help you with any questions you might have about the services offered by the Nuremberg relocation agency. 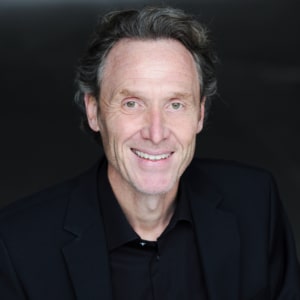 Frank Faggo, co-founder of PROGEDO and managing director of PROGEDO relocation GmbH & Co. KG successfully graduated with a degree in business administration and management after school education and completing a commercial apprenticeship. Before founding PROGEDO relocation with Jörg Holsten (Managing Director Hamburg and Berlin ) in 1995 and entering the relocation business, Frank worked for the Deutsche Bank AG as part of a management leadership program. Frank was then employed from 1992-1995 as controller and member of management responsible for the finances of a German division of Kraft General Foods (Philip Morris).

The PROGEDO co-founder is married with two children.